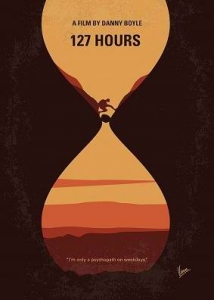 In 2003, Aron Ralston was in that kind of life or death situation.

He was hiking in a desert canyon when something terrible happened. He fell, and his arm became trapped under a big rock. There was no one to help him. He had only two choices. He could die or he could cut his arm off to escape.
Aron was an experienced adventure athlete. In 2002, he quit his job as an engineer and set a world record for climbing. He became the first person to climb all of Colorado’s largest mountains alone in winter. He was not afraid of danger. In 2003, he was almost killed by an avalanche while skiing. Later that same year he almost lost his life while hiking. He didn‘t expect it to be dangerous, so he made a very big mistake. He didn’t tell anyone where he was going. 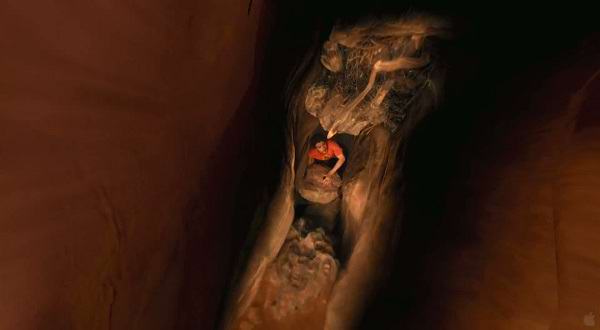 On the first day he hiked about 20 miles into the desert when he fell into a hole. As he fell, he moved a large rock that weighed 360 kilos. The rock landed on his arm. He was trapped. He was alone in the desert, and no one knew where he was.
Aron knew that help was not coming. He immediately thought of cutting off his arm. Of course, he didn’t want to do this, so he tried not to think about it. After a short time, he lost feeling in the trapped arm.

He knew that there was almost no chance of anyone finding him. He had very little water and he knew he could not survive for long. Aron knew that death was a very real possibility.

He took out his video camera and began to record himself. “My name is Aron Ralston. My parents are Donna and Larry Ralston of Englewood, Colorado. Whoever finds this, please make an attempt to get it to them. ”Aron said goodbye to his family. “So again love to everyone. Bring love and peace and happiness and beautiful lives into the world in my honor. Thank you. Love you.” 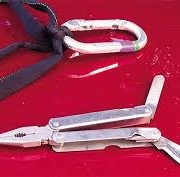 He knew that cutting off his arm was his only chance to escape. He had a knife, but it was a very cheap one. As he cut off his arm, he felt a strange mixture of terrible pain and joy. He called it a beautiful pain. Cutting his arm was the worst pain of his life, but the idea of freedom made him very excited. He had to be careful not to pass out from the pain and excitement. He cut the skin. He cut the muscles. He cut the nerves. But he couldn’t cut the bone.
His knife was not strong enough. He didn’t know what to do. After five days, Aron gave up. He was defeated. He knew he would die. Then, he had a vision. He saw himself in the future with only one arm playing with a small boy. The boy had blond hair and a red shirt. Aron had no children, but he knew this was his future son. He also knew that he could not give up. He could
not die. He had a son in the future that he needed to meet.

His knife was too weak to cut his bone, but he had an idea. He wouldn’t cut the bone. He would break it. After breaking his bone, he was free! He had been alone for five days without food
and with little water, but he was still alive. He took a picture of the rock and his hand before leaving. 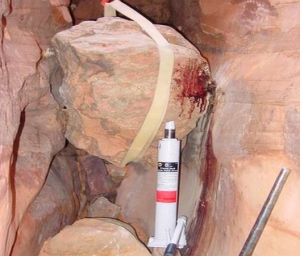 The place where he was trapped for five days was twenty meters from the ground. Aron was an experienced climber, but now he had only one hand. Very carefully, he used his ropes to climb
down to the ground. He was still twenty miles from anyone in the middle of the desert. He didn’t have a cell phone, so he began to hike back. After some time, Aron met a family of hikers. They
gave Aron food and water and called for help. Soon, Aron was on an emergency helicopter that took him to the hospital.
Aron lost his arm that day, but he learned a lot about himself. He also learned that the most important thing in life is relationships.
When he almost died, thinking about his family and future son helped him not give up. 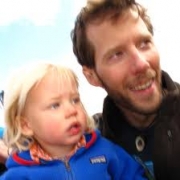 He still climbs mountains and does other adventure sports. Aron also travels the world and talks about his experience to schools and businesses.