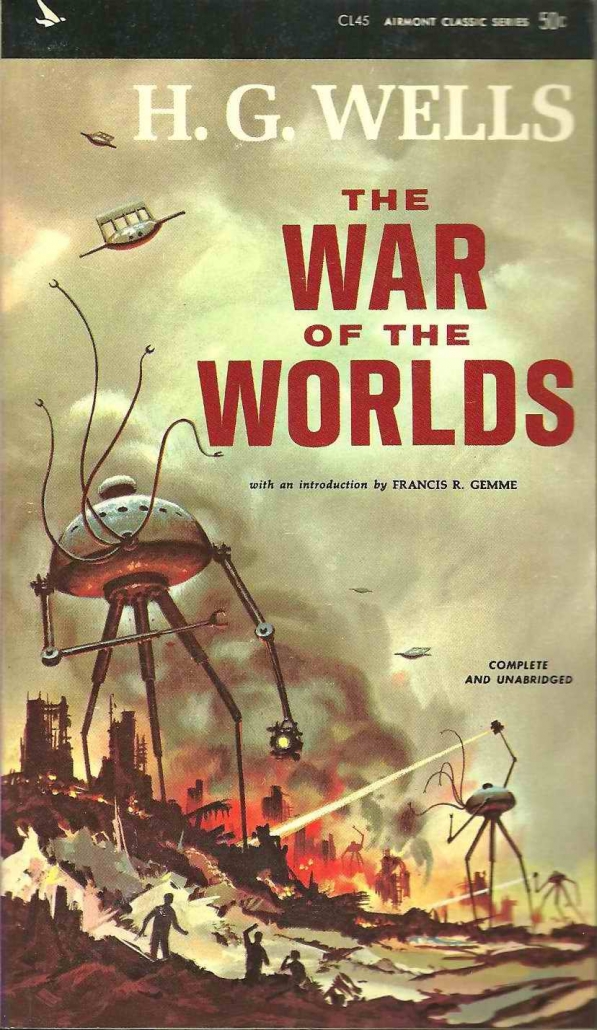 This is Adam Koch from Central Broadcasting News. I’m speaking from the roof of our broadcasting office in mid-town New York City. The bells you hear are warning everyone to leave the city. The aliens are coming. In the last hour, thousands of people have left New York City. If you are in New York City, stay away from the bridges. The trains are still running, but the street traffic has completely stopped.

Our army has been defeated. I repeat, the army around New York City has been completely destroyed. This may be the last broadcast. We will continue reporting until the end.

There is a church below us. Many people are running inside the church. Looking out to the ocean, I can see boats filled with people leaving the city. The streets are full of cars. It’s so crowded, all the cars have stopped. There are people running everywhere. For our listeners in mid-town, do not try to drive! I repeat, do not try to drive. The street traffic in mid-town has completely stopped. Wait a minute. There are clouds of smoke coming from the north. It may be a fire or this could be the alien poison gas.

Just a moment ladies and gentlemen. I have just received an emergency report from our Los Angeles office. Alien ships are landing all over the country. 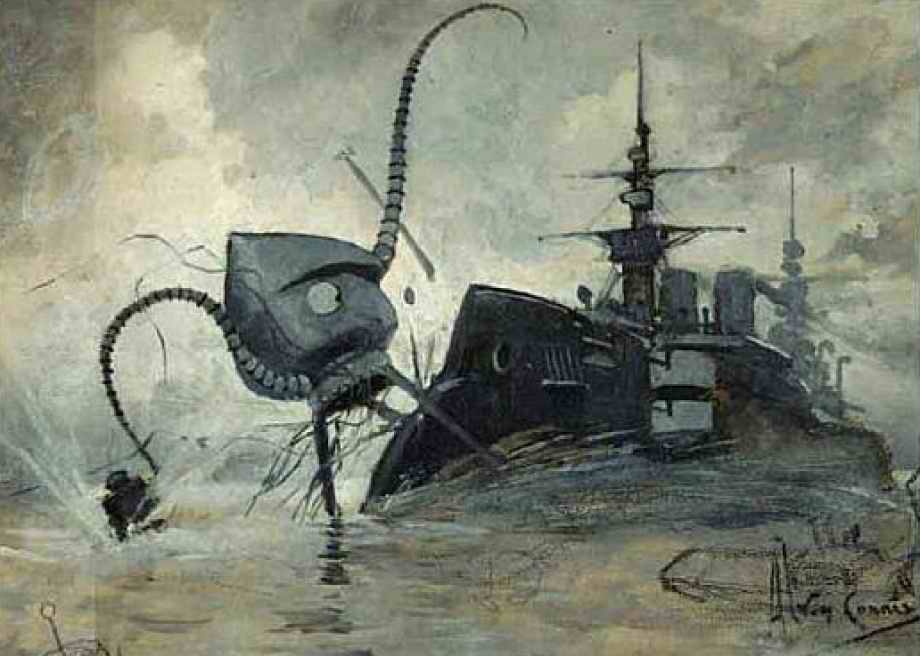 There are two ships outside of Los Angeles. Chicago, Seattle, and Washington DC are also reporting alien ships. I repeat there are ships landing all over the country. The whole country is being attacked. This may be the end.

Wait a minute. I’ve just received another report. This is a direct message from the President of the United States.

Citizens of the United States, please remain calm. It is true, all the cities of our great nation are being attacked. We ask all of you to leave the cities now. Do not pack your bags. There is no time.

Leave the cities now and remain calm. Do not be afraid. We are in control. We have not been defeated. We will fight these aliens with all our …

Does that sound like a true story? No, of course it’s not. No one would believe that right? Actually, there was a very similar radio show and many people believed it. It was a fictional story, but many people thought it was true. The panic was very real. Thousands of Americans believed that aliens were attacking the United States. Many of these people were truly afraid. 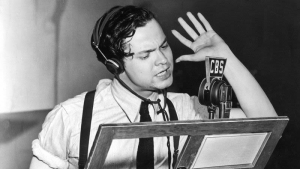 The year was 1938. It was ten years before the introduction of television. At that time, radio programs were very popular. News, music, weather reports, and dramas were just some of the programs people enjoyed listening to on the radio. At that time, a young man, named Orson Welles, had a regular weekly radio program performing dramas. One week, Welles and his team of actors performed a story called The War of the Worlds. The story was from a book, also called The War of the Worlds, that was written in 1898. The original story was about an alien attack in England.

Orson and his writers changed the story and made it about an alien attack in the United States. 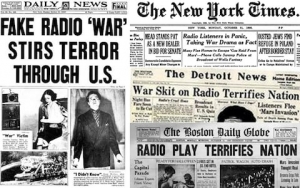 The War of the Worlds show sounded like a real news report about aliens.

Welles and his team of actors mixed regular music and weather reports with the news reports of the alien attack. This also made it sound very real.

No one is sure how many people thought the radio program was a real news program. Six million people listened to Welles’ War of the Worlds program.

It’s hard to believe isn’t it? How could people really think that aliens were attacking? Well, it wasn’t the only time. In 1949, a man named Leonardo Paez heard the story and loved it. Paez worked for a radio station in Ecuador. He decided to copy the show. 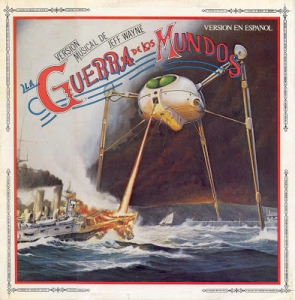 Paez changed the story to include places and people in Ecuador. He wanted the story to fool everyone so he did even more than Welles. His radio company also owned a newspaper company. Paez asked the newspaper to write stories about strange UFOs in the days before his radio show. Just like Welles, his radio program told a story about a local alien attack that sounded like radio news.

Just like in the United States, people panicked. Many people ran into the streets, but they didn’t know what to do. Even the army and police were fooled. Many trucks full of soldiers and police went to the north to look for the aliens. When the people in the streets saw the trucks full of real soldiers, they really believed the aliens were real. Many people went to church to pray to God.

When people found it was just a fictional story, they were angry. Hundreds of people went to the radio and newspaper company building.

There were 50 company employees in the building. They called the fire department and the police, but no one answered. The police and firefighters all went to the north to fight aliens, so no one could help them. Most of the company employees ran to the rooftop and jumped to another building. Leonardo Paez also escaped but his nephew, his girlfriend and 4 others died in the fire. Paez left the country and never returned to Ecuador.

It was a terrible end for Paez. Orson Welles was much luckier. Many people were angry at Orson Welles, but no one died and no one was hurt.

So, why did he do it? Why did he fool thousands into panicking? After Welles’ 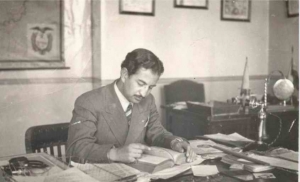 information only because it’s on the radio. Many people think Welles has failed. He hasn’t taught us anything. People are still easily fooled. Nothing has changed. Today, many people believe anything they see on the TV.

Welles may have failed to make people think more about what is real and what is fiction, but he continued to be very successful. The War of the Worlds was just the beginning for Welles. Later, Welles became one of the most famous movie directors of all time.