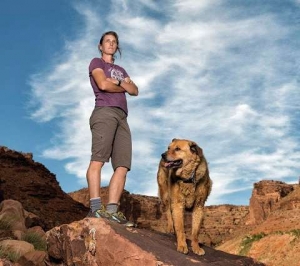 Danelle Ballengee is a top athlete. Sports are not just a hobby for Danelle. 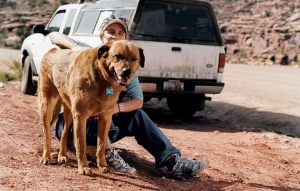 She is a champion athlete. She has won competitions in all different types of endurance races. She has competed in 441 endurance races and has come in 1st, 2nd, or 3rd place in 390 of them. Mountain running, biking, swimming and long distance races are just some of the sports she enjoys. As a champion athlete, she is very experienced at pushing her body to the limit. One winter day in 2006, that experience, and her dog Taz, helped save her life.

Taz was a 3-year-old reddish brown dog. Taz was a good dog and enjoyed going on runs with Danelle. On a cool December morning Danelle drove into the country with her dog and parked her truck. She took a bottle of water and locked her cell phone and wallet in the truck. Taz and Danelle began a 10-mile run, which was very short for a long distance athlete like Danelle. She planned to finish the run and be back by lunch but she was wrong. As she ran along the edge of a 60- foot high cliff, she slipped on a piece of ice and fell down into a canyon.

She landed on hard rock. She tried to stand but she felt a terrible pain and screamed. Her pelvis and back were broken. 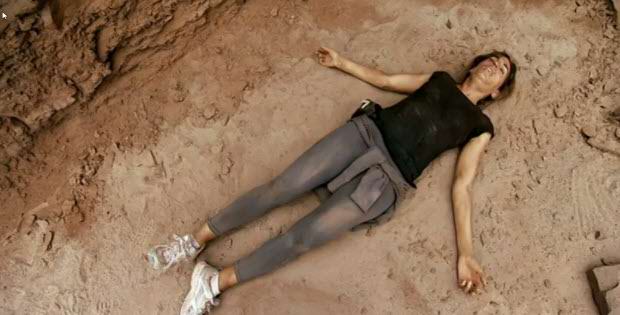 She was 6 miles from her truck and very far from any humans. She felt very alone, but then she heard Taz coming down the cliff. Taz came and stayed by her side as she thought about what to do.

She knew that she had to get back to her truck. She couldn’t walk, but she could crawl.

She began to pull herself with her hands over snow and rocks until she made it to the bottom of the canyon. After 5 hours of crawling she only moved 600 feet and she was still 6 miles from her truck. Tired and thirsty she broke some ice covering a hole and drank the dirty water underneath.

It was getting dark and cold. She wasn’t dressed warm enough for a winter night. Luckily Taz was there and she held him for warmth. She talked to him all night because she knew if she fell asleep, she would get too cold and die.

She was scared, but she didn’t want to die. She thought of her family and friends. She needed to keep moving to keep warm. She did one sit-up every 5 seconds. After 1,000 sit-ups she was in terrible pain, but being a long distance athlete she was used to pushing her body to the limit.

Finally the sun rose and she began to warm up. She broke the ice again and drank more of the dirty water. She was now ready to continue crawling towards her truck. She began to crawl again pulling herself inch by inch over the ground. After crawling all day she began to get very thirsty. She needed to drink. 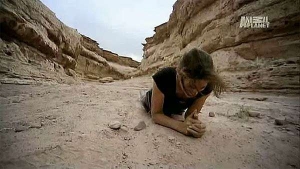 She turned around and crawled all the way back to the hole so she could drink more of the dirty water. All of her hard work was for nothing.

It was soon night, and she was back where she started that morning. She drank more of the dirty water, but it was not enough. She needed food. Without food she knew she would die soon. She thought of her friends and family and cried.

She thought that she would surely die. Why should she continue trying to stay warm?

No one would find her, she thought. Then she heard a voice. Keep moving it said. She didn’t believe in God, but the voice didn’t go away. She continued with her exercises. And her loyal dog Taz again stayed with her all night and helped keep her warm and alive.

By the next day she was so tired and hungry that she began to hallucinate. She knew that both she and Taz would die soon without food and water, so she told Taz to go and find help. She didn’t know if Taz could understand, but she told him to leave and he did. Now she was completely alone.

That same day Danelle’s neighbor got worried. Taz would come to visit her every day. Every day she would give Taz a cookie, but something was strange.

She didn’t see Taz for 2 days. She looked out the window and noticed that Danelle’s truck was gone.

She knew that Danelle was an athlete and often went away, but she was worried.

She called the police. A search and rescue team was sent to look for her. The team leader was John Marshall. John found Danelle’s truck that morning.

Danelle was a long distance athlete, so John knew that she might be very far from the truck and he didn’t know in which direction. 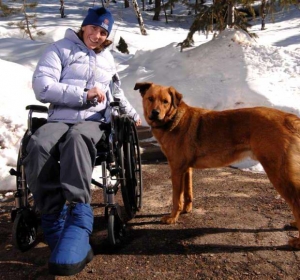 Suddenly John saw a dog. He knew that Danelle often went running with her dog, so he thought that it might be Taz. The dog wagged his tail and ran in circles. John called out to the dog, but the dog didn’t come. He whistled at the dog, but the dog didn’t come. He then tried to give the dog food and water, but he still didn’t come. Taz was very thirsty and hungry, but he didn’t want to eat. He only wanted to guide John to Danelle. John and his team followed Taz for six miles until they found her. She was lying there in the cold with a broken back and a broken pelvis for over two days without food or clean water, but she was alive.

Thanks to Taz, Danelle was safe and lived to run again.