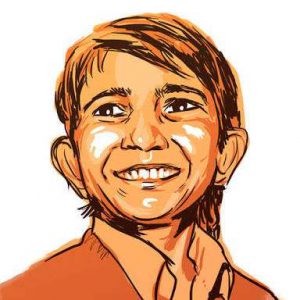 Iqbal was born in a rural village in Pakistan. Iqbal’s father left the family after he was born. Iqbal’s mother cleaned houses. She had very little money and could not take care of Iqbal and his brother and sisters.

At the age of four, Iqbal’s mother sold him to a carpet factory owner for $12. Many carpets in Pakistan are made by child workers like Iqbal. These children have no freedom and are slaves to the factory owners. 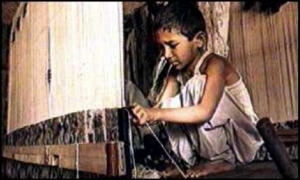 Working at the carpet factory was very hard on Iqbal’s body. He could not sit down. He had to squat all day while he made the carpets. This was very bad for his back and he had trouble walking. He also didn’t get enough food to eat. His body never fully developed. At the age of 12, he was the size of a 6-year-old boy.

He also developed breathing problems because the children couldn’t open the windows and breathe fresh air. It was very hot, but the owner kept the windows closed. The owner didn’t care about the children’s health. He was only worried about protecting the carpets.

One day Iqbal decided to escape. He ran away and went to the police. Iqbal told a policeman about the carpet factory. He told him about all the children who worked there and about the terrible working conditions. Iqbal thought the police would help him but he was wrong. The policeman was a friend of the carpet factory owner. He took Iqbal back to the factory and told the owner to put Iqbal in chains.

Iqbal didn’t trust the police, but he didn’t give up. One day he heard about a BLLF meeting. The BLLF is an organization that helps free child workers in Pakistan. Iqbal ran away again to go to the meeting. The BLLF president was a lawyer. He helped Iqbal get legal papers that helped him become free. Iqbal was only 10 years old, but he was a slave in the carpet factory for more than half of his life. 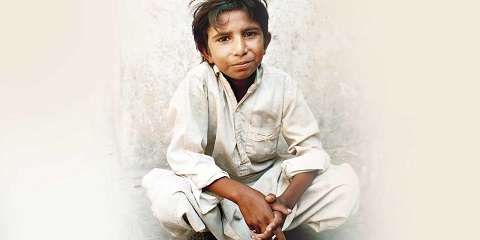 Iqbal didn’t want freedom only for himself. He also wanted freedom for all the children in the carpet factory. He began to speak at BLLF meetings. Iqbal was only 10, but he was not afraid to speak to large groups of people. He was a confident and powerful speaker. He talked about his experiences to many people and his words encouraged thousands to seek freedom.

Iqbal didn’t only encourage children to seek freedom. He also helped teach people in other countries about the children who made Pakistani carpets. This was very bad for the carpet industry. International sales went down and many carpet factories lost a lot of money. Iqbal and his family received many death threats. Iqbal was still just a little boy, but he was very brave. He didn’t just talk. One time he went to a new carpet factory and pretended to be one of the regular child workers. He collected information about the children who worked there, and this information helped free hundreds of children at that factory. In 1994, Iqbal traveled to Sweden and the United States. He was recaognized for his courage and success in teaching people about child slavery.

During his trip to the US, Iqbal wanted to meet children his own age, so he went to Broad Meadows Middle School. He talked to the students about his experience as a child slave.

He also talked about children like him all over the world who never have the chance to go to school. The students of Broad Meadows were very moved by Iqbal’s words. Before he left, they wrote hundreds of letters in support of Iqbal. After he left, they began writing letters to US politicians asking them to fight against child labor.

When Iqbal returned, he took some of the letters he received from the American students and put them on his wall. He made many friends there and didn’t want to forget them. He was planning to return to the U.S. to continue studying after he finished high school. An American university recognized his work fighting for the rights of children and offered him a full scholarship. Iqbal would never get the chance to go to school in the U.S. or continue his studies at home. When he returned to Pakistan, he went to his uncle’s house with his cousins. On the way, Iqbal was shot in the back and killed.

No one knows who killed Iqbal, but many people think it was the carpet industry. Iqbal’s death was a tragedy, but his life was an inspiration. He was only 12 years old, but he was a true hero. In just two years he helped 3,000 children become free. The courage of a small boy to stand up against the powerful carpet industry deeply moved people around the world. The children of Broad Meadows continue to remember Iqbal and his fight for the rights of children. 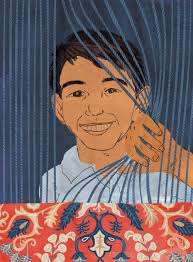 Every year they visit all the stores in their town and ask them whether children make any of the products they sell. They also have raised money to open schools in Pakistan and other countries in Iqbal’s memory.

Child labor is still a problem in many countries such as India and Pakistan, but it’s also a problem in some countries in E;urope, too. Around the world there are 158 million child workers between the ages of 5 and 14. In the worst situations, children are forced to become soldiers and prostitutes. Even in rich countries where child labor problems are rare, there is an economic connection. Who is making the products you buy? Could it be a little boy or girl like Iqbal?